In this post, I will answer the most frequently asked questions about the quintessential C-Series Vitamix 5200. We’ll go into a more thorough detailing of all the things that made Vitamix 5200 the perennial best blender.

The lightweight models of blenders are seemingly better to use. However, the lighter your blender is, the shorter lifespan it might have and the higher chance for it to stumble when you turn around and leave it blending. The weight of the Vitamix 5200 is around 11 pounds. This indicates that the machine has the power and strength that will serve you for about 10 years or more.

Can Vitamix 5200 Replace a Juicer?

While the Vitamix 5200 instruction manual is a useful thing, still many people may get confused using it. Keep reading to figure out how to use this high-performance blender correctly.

First, get familiar with the functions of the two levers and the speed dial at the center interface panel of the base. Use the lever to the right of the dial to power the blender on and off. The lever to the left of the dial features the two-speed settings. Just like mentioned before, it’s recommended to start processing the ingredients on Low then eventually increase the speed to high speed.

You can always use the rotating dial at the center of the blender’s interface to choose the speed. That interface panel has 1 to 10 numbers, where “1” means the lowest speed and “10” means the highest speed. The speed level highly depends on the ingredients you’re going to process and the consistency you want your mixture to have.

Apart from using the control system correctly, it’s critical to load the ingredients into the container in the right way. Start with placing the softest ingredients, then liquid ones, and solid or frozen on the top. Not only will this order boost the blending result but it will also reduce your processing time.

If you’re going to try the recipes from the cookbooks included in the Vitamix 5200 packages, pay attention to the order of the ingredient lists. They are in the order you should load them. If you learn to load the ingredients correctly, you won’t need to stop the blender in the middle of the process and use the tamper to mix the ingredients.

If you want to reach the finely diced results, start blending on the lowest speed with an empty container and then step by step add in the ingredients. This process works particularly great for very solid foods.

Unlike other blenders, the Vitamix 5200 doesn’t have a pulse option. It’s not the end of the world, but if you need to process the food with a traditional “pulse” function. Simply switch the blender to the first setting (Speed number 1) and quickly shut it back off. It’s easy to get used to such a method and you won’t notice that there’s no “pulsing” option.

Cleaning the Vitamix 5200 is an easy 5-step process.

First, rinse the container in running water. This is to remove remnants from your recent blending.

Second, fill it halfway with hot water and add 2-3 drops of dishwashing liquid, cover it, and put it back to its base.

Fourth, once it’s tuned up to 10, flip the switch to “High” and leave it running for a whole minute before you turn it off.

Fifth, take the container off the base and wipe it dry.

You can now put it back inside your cupboards or display it on your countertop. After all, the Vitamix 5200’s sleek, modern design is not something that should be kept in hiding. 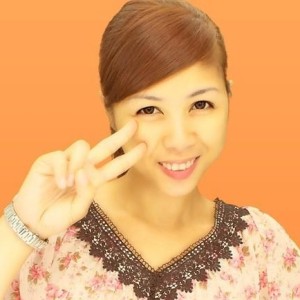 Tessah lives in Japan where she teaches English during the day and work on her blogs as a side hustle. When she has time, she tries to experiment in the kitchen and cook some Japanese recipes she has learned from her sister and her Japanese husband. Tessah's another passion is scrapbooking and plans to build a site about it soon.
All Posts »
PrevPreviousBest Type of Rugs to Protect Your Kitchen Hardwood Floor
NextEasy Iced Tea With The Best Iced Tea Machines For The MoneyNext

This site uses Akismet to reduce spam. Learn how your comment data is processed. Why Are Moscow Mules Served in Copper Mugs? How To Keep Copper Mugs From Tarnishing 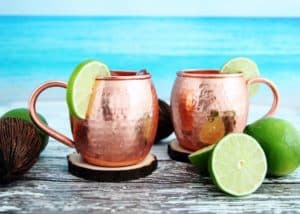 Are Copper Mugs Safe To Drink From? Why you Need to Start Drinking Healthy Smoothies

**Affiliate Disclosure** Tiny Kitchen Divas is a member of the Amazon affiliate program (and other affiliate programs listed on this page). If we mention a product from the site and link it to a third party vendor, please assume it is an affiliate link. We will get some sort of compensation if you buy through our link and the money will be used to support our “debt- free” lifestyle.