What Is The Best Way To Cook London Broil? 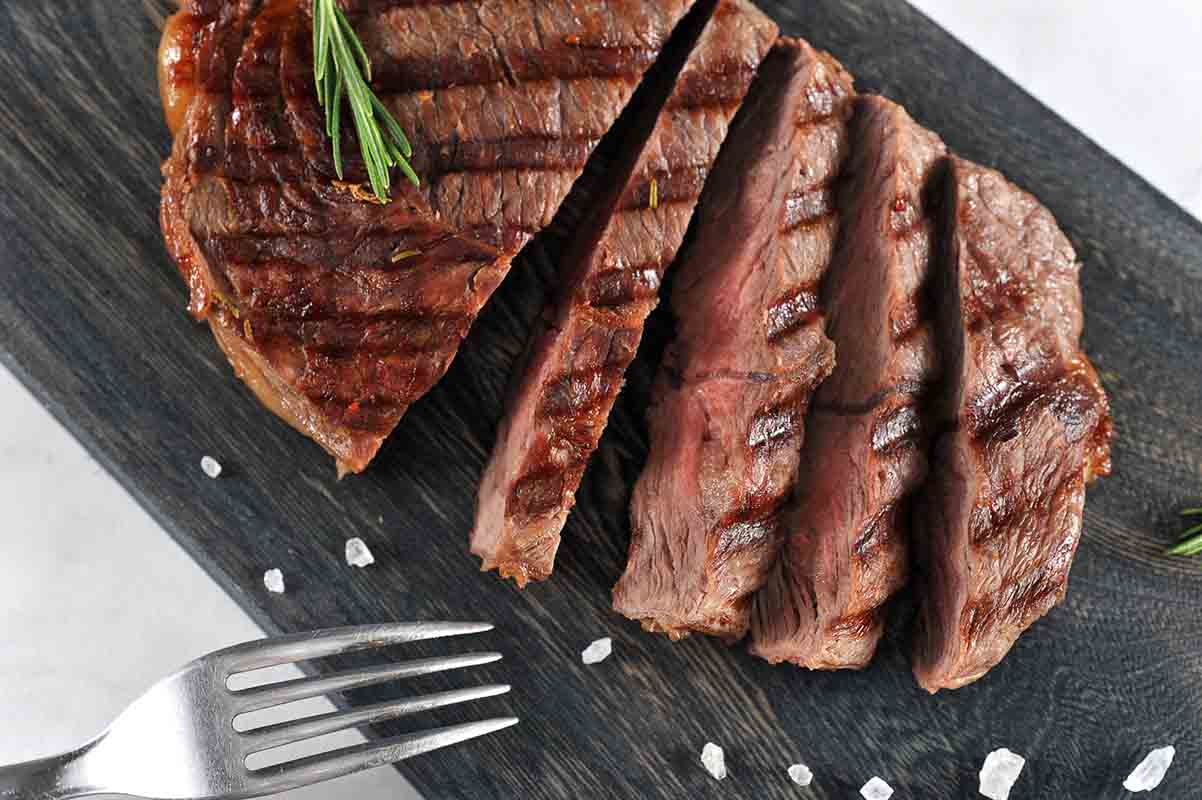 As a mom, my criteria for a good meal is healthy, tasty, and easy to make. And a London broil checks all these boxes, but what is the best way to cook London broil? Due to its low-fat content, this cut of meat has been underrated. Others find that it’s tough and gamey when in fact, it has a rich beefy flavor and it has so much potential if you know how to cook it right!

I find London broil very practical, with just a little extra patience and care you get a slice of luxurious tasting meat at an inexpensive price. So far, my personal favorite is cooking london broil in the oven, i have shared some hacks that will surely convince you that london broil and oven are a perfect match. In addition, I included my family recipe which is an absolute must-try!

When you look up London Broil recipes it may seem like a lot of work but in reality, you can sum it up into 3 simple steps. First, you marinade it and DO NOT skip this step. I can’t emphasize this enough, the key to a tender and moist London broil is to marinade it properly. If you want to know how I make mine, here I’ve shared my favorite marinade for London broil recipe. It’s super easy and tasty!

Next, another crucial step into making a succulent London broil is to sear it. If you have a cast-iron skillet, medium heat is enough. We want the skillet to be hot to where it will give the meat a nice brown crust. But not too hot to where it’s smoking, this can instantly burn and overcook your London broil. Searing it not only gives the meat a more vibrant and visually pleasing color. It seals in the moisture and flavor so that you get a moist slice of meat in every bite.

The last part is the method of cooking you chose for your London Broil. This decides the fate of your dish and how it will turn out. I find that leaner cuts like top round, flank steak, sirloin, or tenderloin benefits from a “low and slow” cooking process. So, after several failed attempts at different methods, I found the best way for me to make a delectable London broil.

Preheat your oven to 350° F and place the skillet in with the London broil. Use either the bottom or center rack of the oven for a more even result. I leave it there to cook for about 2 to 3 hours depending on the size of the meat. After 1.5 hours, check for doneness using a meat thermometer. If you’re going for a medium-rare, you want the thickest part of the meat to be around 130° F to 135° F. But if you prefer well done, it should be somewhere between 145° F to 160° F.

To serve, let it rest for about 10 to 15 minutes then slice it across the grain. This is a signature London broil technique, slicing across the grain makes it more tender and have a better texture. Want to know other tips and tricks on how to cook London broil tender? Visit this article I exclusively wrote for you, my Divas!

Other Ways To Cook London Broil:

Cooking London Broil On The Stove

If you’re feeling a little adventurous, do it the old-fashioned way. I say adventurous because this is quite contrary to the low and slow method. Heat up olive oil in a cast-iron broiler pan on medium-high heat. Then carefully transfer the marinated London broil and sear it for a good 2-4 minutes on each side. Reduce the heat to medium and continue cooking until you get an internal temperature of about 130° F to 135° F for medium-rare.

Making A London Broil With A Broiler

In this method, you skip the searing part which in itself is a little risky. As I mentioned, searing seals the juice and flavor in the beef, keeping it moist. Thus, you have to be extra careful when broiling it. A little too much and you overcook it which then leads to a tough steak.

Preheat the broiler to high heat. While waiting, rest the marinated meat and transfer it to a baking dish. Place it in the preheated broiler for 4 to 6 minutes on each side or until you get a 130° F to 135° F internal temperature.

What are you waiting for? Get your trusty oven mitts and start prepping for the best London Broil you’ll ever sink your teeth into! Let me know how it turned out for you in the comments below.