What Is The Difference Between Chuck Roast And Chuck Steak? 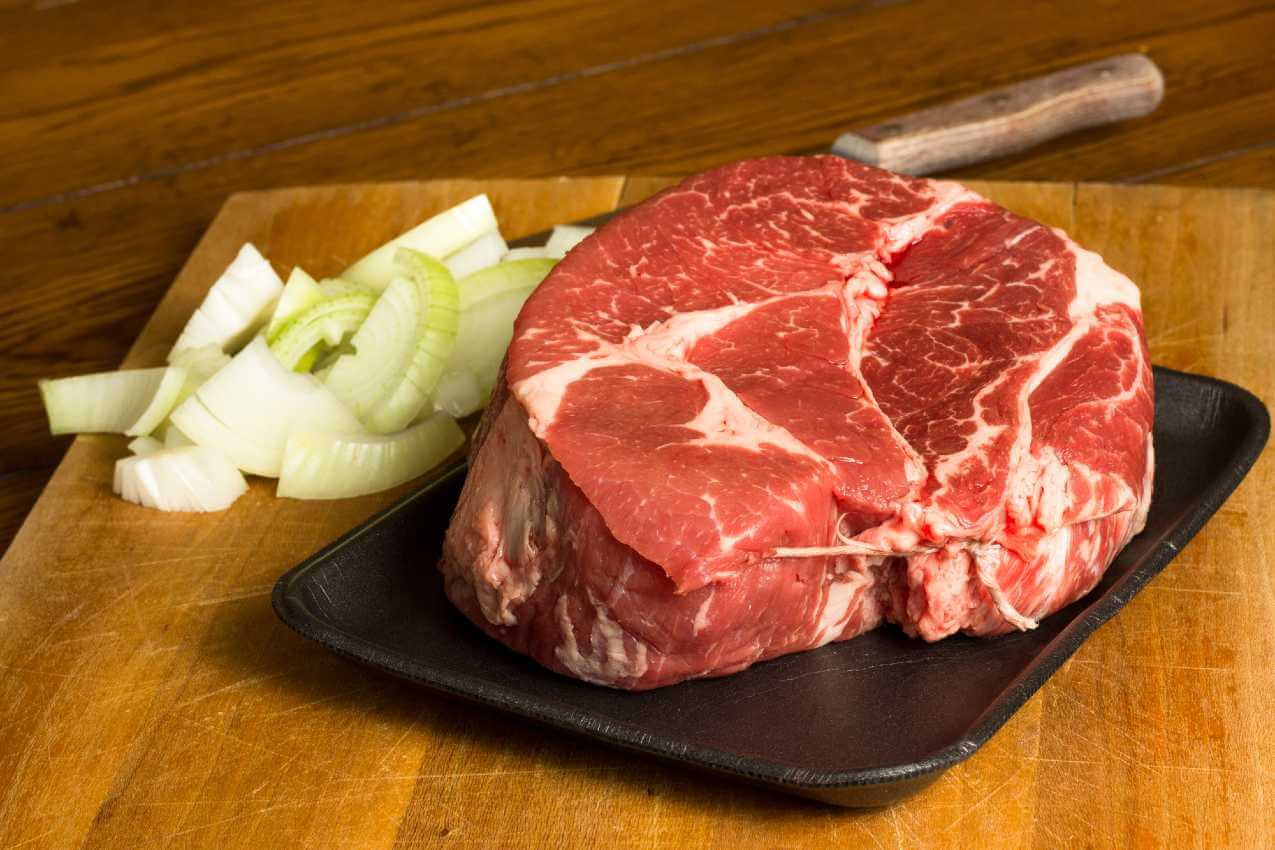 They say not all beef cuts are created equal, and these two that we’re about to discuss right now are always put head to head against each other. So once and for all, we’ll find out what is the difference between chuck roast and chuck steak. Is one really better than the other?

Chuck roast and chuck steak are sometimes used interchangeably in recipes and it gets me confused. I tried to make a special dinner for me and the hubby. So, I went to the store and picked up a chuck roast as it said on the recipe. Imagine my surprise when the butcher handed me a family-sized beef cut! Needless to say, we were eating pot roast until dinner the next day. Learn how I made that legendary chuck tender roast here. 😉

I later found out I could have used chuck steaks instead. These are basically the same part of the beef but cut into 1-3-inch-thick slices. So yes, the main difference between a chuck roast and a chuck steak is just how they are cut.

Both the chuck roast and chuck steak come from the primal cut of beef called a chuck. It is a huge piece of muscle consisting of parts of the neck and shoulders of the cow. If this happened to you before or want to avoid making the same mistake, I wrote about it in my article, a guide to all the cuts of beef.

This cut is inexpensive and is often overlooked. It doesn’t have the signature fat marble that premium cuts of beef have. It is lean and has layers of connective tissues that melts into a gelatin-like texture when cooked slowly in liquid. This leaves the meat tender and moist. It also brings out its rich beefy flavor, making it taste like the more expensive cuts.

The two most popular parts of it are chuck roast and chuck steak. These are popular for making pot roasts because they get melt in your mouth tender. Learn my favorite way on how to cook a pot roast in the oven here.

What Is A Chuck Roast?

Chuck roast is a huge chunk of meat carved from the chuck. This frequently includes parts of the blade bone. It is cylindrical in shape with grains run in the same direction. This is what makes it a great choice for London Broil since this method of cooking is famous for slicing the meat against the grain. Chuck roast is also best with London broil as it is a tough cut of meat that can be tenderized by marinating and cooking slowly over low heat.

It is also commonly used as hamburger meat as it is inexpensive and has a good amount of fat. You can also cut it into cubes and use it for stew with some veggies. Or keep it whole and take out your Dutch oven to make a mouthwatering pot roast. It has plenty of connective tissues that melts as the beef cooks and helps the meat become tender.

Chuck roast is often avoided because it is known to be tough and gamey. Its size and thickness are not helping its popularity either. But what most people don’t know is that if you marinade it enough and cook it patiently, chuck roasts have so much potential and extremely rich beefy flavor.

What Is A Chuck Steak?

Simply put, chuck steak is a thick slice of beef cut out from the chuck roast. They are usually between 1 to 3 inches thick. Just like its mother cut, the chuck steak also includes parts of the shoulder bone in it. Thus, it’s alias “7-bone” steak since the bone resembles the number 7 when sliced from the chuck.

Budget tip: Purchase a whole chuck roast and cut out the chuck steak yourself. This is cheaper than buying chuck steak itself.

Does It Make A Difference?

In a way, no, since they are still cut from the same part of the cow. They are both tough and require more love than the premium cuts of beef. However, since chuck steaks are smaller cuts of meat, they require less time to prepare and cook.

When dealing with either a chuck roast or a chuck steak, do not forget to marinade them. This is the foolproof way to make sure you bring out its best potential. Marinade it for at least 4 hours before you cook it and you get a tender and moist beef.

There you have it! It’s as simple as the difference in cut but both have just as much flavor as the other. Which one do you enjoy more? Chuck roast or chuck steak? Cast your vote in the comments below! 😉