Is Marinara Sauce The Same As Pasta Sauce: Debunking The Myths 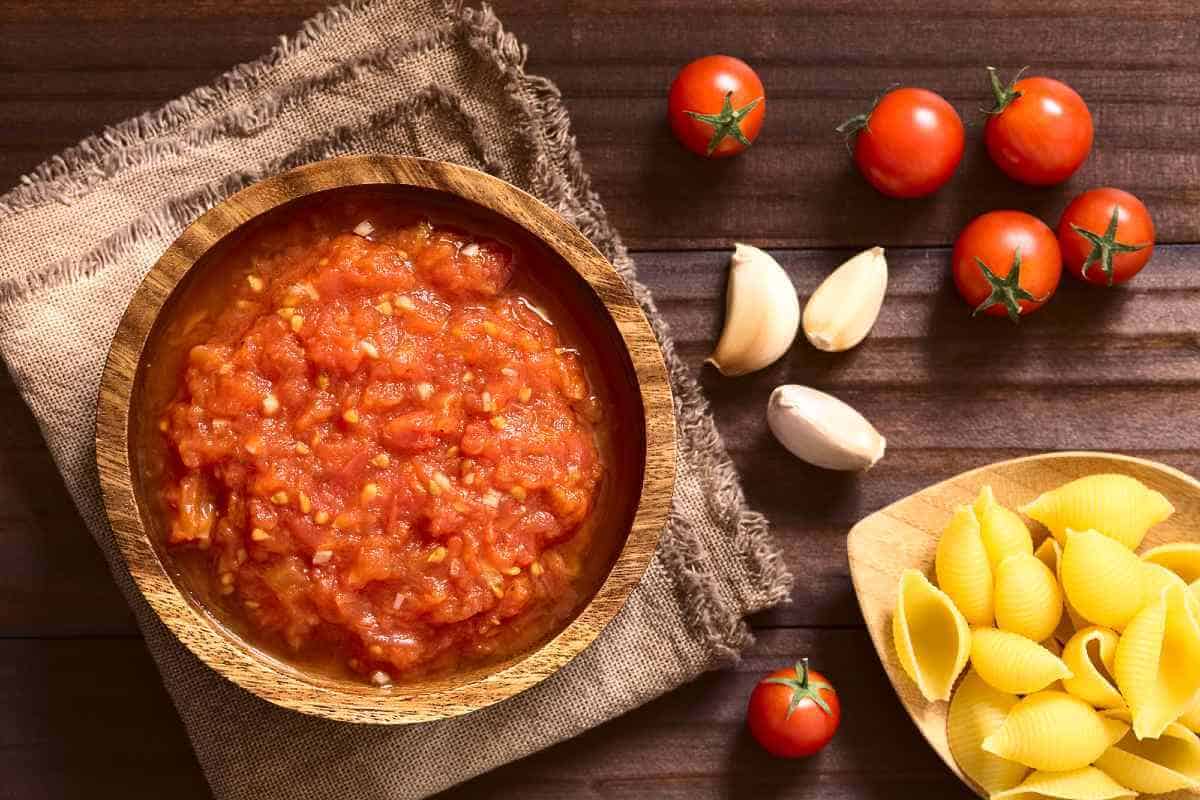 In this article, we’ll talk about two popular sauces used interchangeably in the food industry. Is marinara sauce the same as pasta sauce? Are they related at all? Some believe they are the same while some think they are two different sauces. Well, today we’re here to settle the score.

If you remember, a couple of weeks ago we did the same with pasta sauce vs pizza sauce. Here we have discovered their major similarities and differences. Similarly, we’ll take a closer look at these two sauces to find out what they are made of, what they are used for, and if they are actually the same tomatoes in a can. Then we’ll discuss their differences (if any) and how they are used on different dishes.

What Is Marinara Sauce?

Marinara is among the most basic of tomato-based sauces in the culinary industry. It is believed to have originated from Naples, Italy not earlier than the 17th century since Italy wasn’t into tomatoes until somewhere in the mid-1600s.

It is named marinara after the Italian word for mariners, “marina”. A couple of theories surround the origin of this sauce’s name. Some say it’s because the sauce is made up of basic ingredients allowing it to have a long shelf life. Thus, sailors take it with them on their journeys and it is poured over freshly caught seafood.

Another speculation is that because it is a sauce that can be made almost instantly, the sailors’ wives whip up this sauce together for their husband’s return. As soon as they see the ships approaching the shore, they will have a hot bowl of fresh marinara soup on the table. Though this one fits my hopeless romantic self, I find the first theory more logically accurate.

Traditionally, marinara is thin and is made up of tomatoes and basic herbs and spices. It usually consists of tomatoes, tomato juice or puree, olive oil, onions, garlic, and various herbs like thyme, oregano, or basil. Some Italian regions have their own version of this sauce as well where they add olives, capers, or peppers.

Although the ingredients are very similar to what we use as a pizza sauce, being both tomato and herb-based. If you love making homemade pizza from scratch, it’s important that you also learn how to make pizza sauce with tomato sauce.

What Is Spaghetti Sauce?

Fun fact: There is no such thing as “spaghetti sauce”, specifically speaking. What comes to your mind when you think of “spaghetti sauce”? By default, it is a thick, tomato-based sauce with ground meat. Usually savory and a little sweet. This is technically called a Bolognese sauce.

This sauce is frequently used when cooking a type of pasta called spaghetti. It is characterized by thin, long strands that are tender and a little firm when cooked properly. This makes it perfect to be paired with Bolognese sauce, a tomato-based sauce loaded with herbs and ground meat. Until eventually, it is more widely known as spaghetti sauce.

What Is The Difference Between Marinara Sauce And Spaghetti Sauce?

Flavor-wise, marinara sauce has a fresher, lighter taste than spaghetti sauce. The latter has a meatier and deeper taste as it contains ground meat and is simmered longer.

Traditionally, marinara is vegetarian-friendly. It only contains tomatoes, garlic, onion, and herbs. While despite having the same base, spaghetti on the other hand can contain a variety of meat and other ingredients. Sausages, meatballs, ground meat, mushrooms, cream, cheese, mixed veggies are some examples of commonly added ingredients to a spaghetti sauce.

If you’re in a crunch for time and don’t mind the absence of meat, go with marinara sauce. It doesn’t require long periods of simmering and thus needs less time on the stove. On the other hand, since you need to sauté the meat and wait for it to be tender, spaghetti sauce takes longer to cook. You also need to simmer it longer for the sauce to thicken.

Simply put, no – spaghetti sauce is not the same as marinara sauce. They have the same base, which is tomatoes and herbs. However, everything else is different. Their flavor profile, consistency, ingredients, and required prepping time differ from each other.

I hope this resolved your confusion between these two popular tomato-based sauces. Before I go, another fun fact? Do you know you can reheat leftover pizza without it being rubbery? Yes, you can: find out here the best way to reheat pizza my proven method.