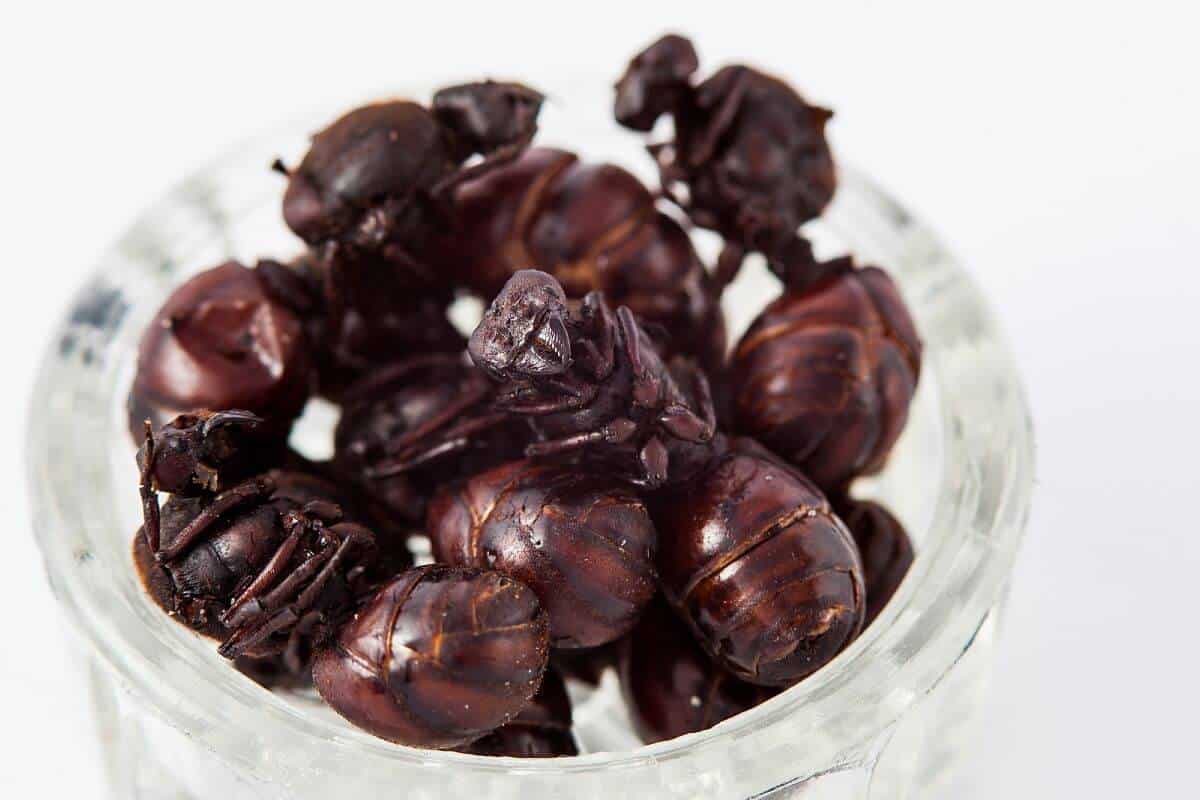 Colombia is known for many things: their beautiful roses, lively carnivals, and of course, their coffee. So, when I was asked if I’d ever tried culonas colombianas before, I had instantly assumed they were a special blend of beans. Boy, was I wrong!

I had no idea what and where to find hormigas culonas at all. A quick search later told me that culonas was Colombian slang for having a prominent behind, while hormigas culonas pertained to an exotic delicacy from Santander, Colombia.

During springtime, Baricharans hunt for Atta Laevigata colonies to be able to bring them home in buckets. These big-bottomed ants are then toasted to a crisp and served as a snack or an aphrodisiac.

So, if you’re craving an adventurous dish or a unique snack, look no further, because these big-bottomed ants will surely satiate your curious palette.

Do Hormigas Culonas Have Nutritional Value?

Yes, they do! In fact, they were originally harvested by Guane Indians, because they were a great source of protein. Their unassuming bodies are also packed with fats, vitamins, and minerals, which makes them quite the healthy snack.

For comparison, 100 grams of  normal ants contain 14 g of protein and 5.7 mg of iron. They also contain calcium, fiber, and fat. In addition to these essentials, hormigas culonas also contain a high amount of vitamin B and are believed to prevent high cholesterol.

Given the health benefits these ants hold, consuming them shouldn’t at all be a cause for worry and may actually be worth promoting.

This particular species may taste a bit tangy as they contain a small dose of formic acid. However, hormigas culonas are usually soaked or roasted in salt before being served, so imagine subtle but crunchy salt-n-vinegar chips.

If you aren’t big on sour things though, you can neutralize the acid by boiling the ants first. This might also help release their fattier and nuttier flavors within. Once fried, they could have the smoky taste of bacon and could make for a unique alternative to popcorn!

Just remember to cook them fresh. Try to keep them alive until you decide to cook them, because dead ants could make for a bitter dish.

1.) Rid the ants of their legs and wings. Otherwise, each bite could mean wedging them in between your teeth.

2.) Wash the limbless ants to make sure they’re clean and ready to be cooked.

3.) Combine both the salt and water in a large bowl. Soak the ants in this salt water bath for 30 minutes. Let them soak in the fridge.

4.)Drain the water and dry the ants with paper towels. Segregate them into equal batches.

6.) Deep-fry each batch of ants for 2 to 3 minutes or until they become crunchy and cooked through.

7.)Serve them on a plate or bowl, but remember to place paper towels beneath to absorb the excess oils.

8.) Salt them to taste or season them with your chosen flavoring before serving.

BONUS: You can place the fried ants over pizza too! They’d make for great toppings.

Mole is a sauce or marinade traditionally used in Mexican cuisine. It’s best poured over rice, vegetables, or even enchiladas.

With hormigas culonas in the mix, there’ll definitely be a nice, unexpected kick added to the dish! This recipe serves six and can be prepared in  under an hour.

*If you don’t have actual chiles handy, you can use 1 can (400 g) of chopped green chiles

What Is The Season For Culona Ants?

Culona ants may be harvested during springtime. In Colombia, this usually happens from April to May. However, hunting for them can be quite difficult, because they are known to leave their nests for only two days. Rain usually coaxes them out, so locals have the best luck after rainfall.

What Do Big-Ass Ants Do?

Not all Atta laevigata have big butts. Female attas have them as their bottoms are filled with eggs. Once ready for mating, they come out of their nests.

Like most ants, hormigas culonas keep to themselves and gather food to build an underground labyrinth. Their nests may be found beside certain mushrooms as they share a symbiotic relationship. Queens can live for up to 15 years, but when they die, the entire colony moves out of their hormigueros and builds a new one.

What Are Some Hunting Techniques?

A colony’s nest can go as deep as 2 to 3 meters (6.5 to 10 feet) down and go as wide as 80 meters (263 feet) across. This big a nest could easily house eight million ants, giving anyone who locates it a bountiful Atta harvest.

To locate a nest, keep your eyes on the ground to look for ant movement. Once spotted, a train or line could be close by. Following them may lead you to their colony and deep into their nest.

Atta laevigata should be easy to spot given their distinctive size, however, they only leave their nests once a year — during springtime. It is during this time that the female ants crawl out to mate. They may be easier to find on a warm, sunny day followed by rainfall.

They live in close symbiosis with a particular mushroom too, so keep on the lookout for ant mounds if you come across a ‘shroom. Once you do locate the nest, think twice before aggressively prodding the ants out. Wear protective gear if you decide to in order to avoid the angry bites of a perturbed colony.

How Much Do Hormigas Culonas Dishes Cost?

One of the reasons they cost so much is that these ants only leave their hormigueros for a very brief period of time. That makes them inaccessible for a majority of the year. That said, these ants may cost up to ten times the amount you’d pay for Colombian coffee.

They serve ant bread with ant-infused cheese dips and top their signature filet mignon with a special blend of beef stock and culonas ants. I imagine a full-course meal could fetch a couple hundred dollars, but you definitely get an unforgettable meal out of it!

Is It Ok To Eat Live Ants?

Not many ant species are poisonous, so eating them dead or alive may mean little to no harm for you — unless you’re allergic. Still, I’d advise against eating them right after picking them up to avoid the possibility of being bitten.

Do try to steer clear from ants that have venom too. If you’d really like to give them a try though, it may be best to cook them first to decrease the stinging effects, if there are any.

Why Do Colombians Eat Ants?

Hormigas culonas have been eaten for hundreds, or perhaps even thousands, of years now. This tradition was handed down to the Colombians by the Guanes.

Female Atta laevigata possess big bottoms as they’re usually filled with eggs. This is probably why the Indians adopted them as symbols of fertility. These ants were thus believed to be aphrodisiacs and later used as traditional wedding gifts.

Quite. Only the female ants are edible. They’re easy to distinguish as they have bigger bottoms compared to their male counterparts.

The thought of eating ants may seem crazy at first  — but sometimes, it takes having to try something to know that you actually like it.

Hormigas culonas aren’t just tasty. They’re healthy too! So, I highly encourage adventurous foodies to try experimenting with them at home. Eat them as a snack or include them in your favorite dishes. Either way, we’d love to hear what recipes you’ll have cooked up using Colombia’s crispy critters.