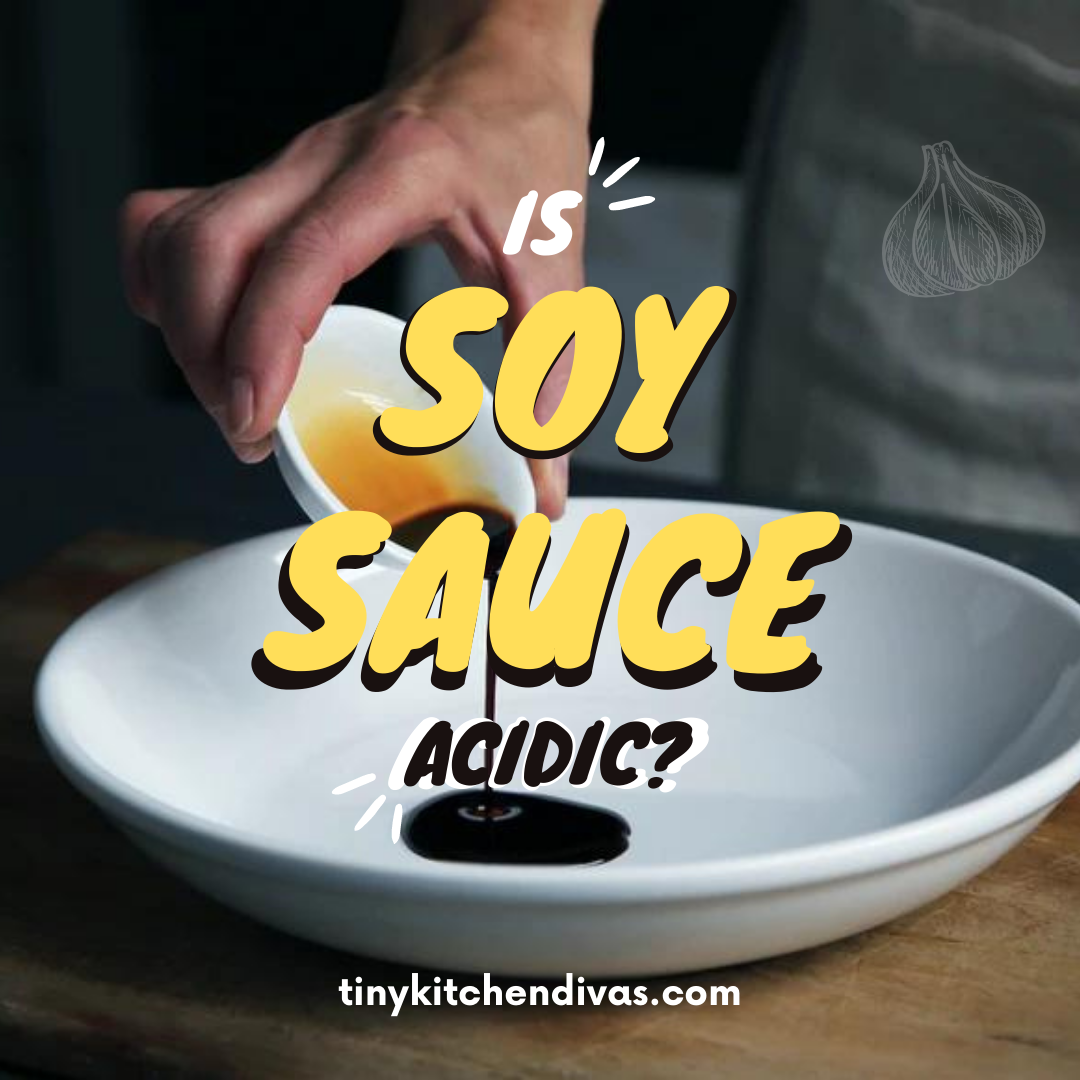 Made of fermented soybeans and wheat, soy sauce has long been used as a flavoring agent. The sauce’s origin dates back to the 3rd century and is used extensively in the Middle East and Asian countries. It was invented in ancient China during the Western Han dynasty 2,200 years ago and has since spread throughout East and Southeast Asia.

Is Soy Sauce Acidic or Alkaline?

The pH of soy sauce is around 4.6, which means it is acidic. The pH scale ranges from 0 to 14, with 0 being fully acidic and 14 being completely alkaline. A pH of 7 is considered neutral. Lactic acid bacteria provide the acidity in soy sauce by converting glucose. Organic acids created in this manner reduce saltiness while tightening their flavor.

Soy sauce is the oldest man-made seasoning. It is widely used in Oriental cuisine. There are two main types of soy sauce:

During soy sauce production, one or more fungal species are cultivated on an equal mixture of ground soybean in a two-stage fermentation procedure. Soy sauce starter is made from soybeans, cracked wheat, and wheat bran blend.

During fermentation, enzymes from the mold operate on the soy and wheat proteins, gradually breaking them down into amino acids. After being converted to simple sugars, starches are fermented to produce lactic acid and alcohol.

After the aging process, the mixture is spread out on fabric and pressed to release the liquid. The liquid is then pasteurized to kill any bacteria that remain. Finally, it’s bottled.

Soy sauce production using chemical means is faster and less expensive. The name of this production technology is Acid Hydrolysis which may generate soy sauce in a matter of days rather than months. In this method, soybeans are heated to 176°F (80°C) and combined with hydrochloric acid. The proteins in soybeans and wheat are broken down during this process too.

This approach is quick and inexpensive, but the resulting soy sauce tastes inferior, includes some hazardous components, and may necessitate the addition of additional colors and flavors.

This kind is darker in color than Light soy sauce and has a sweeter flavor than normal soy sauce. It’s also known as “Koikuchi shoyu” and is the most popular in Japan. It is acidic in nature.

This kind, sometimes known as “Usukuchi,” is the most used in Chinese cooking, appearing in stir-fry sauces, marinades, soups, and even dipping sauces. It’s what most North Americans refer to as “regular” soy sauce.

It lacks aroma and is darker in color, as it is made largely of soybeans with 10% or less wheat. As authentic Tamari contains little or no wheat, it is suited for gluten-free diets. Anyone who is gluten intolerant should carefully read the bottle labels.

Tamari sauce has a pH of 7.5 after digestion. Tamari sauce is a great alkaline substitute for dark soy sauce, which is acidic.

It’s a light-colored variety made almost entirely of wheat and a few soybeans.

It has a stronger flavor, and many people use it as a dipping sauce.

Kikkoman is a well-known naturally brewed Japanese sauce. It has a pH of 4.8, indicating that it is acidic.

How Can the Acidity of Cooked Soy Sauce be Reduced?

By dusting little amounts of baking soda over food while cooking, even when cooking with soy sauce, you can lower the level of acidity.

Can People with IBS have Soy Sauce?

Soy has galactans, which are prebiotics that assists in maintaining a healthy gut microbiota. However, these FODMAPs (fermentable oligosaccharides, disaccharides, monosaccharides, and polyols) galactans can be problematic for people with Irritable Bowel Syndrome (IBS) by increasing gastrointestinal symptoms like cramping, abdominal pain, bloating, gas, and diarrhea or constipation.

Is Soy Sauce Rich in Salt?

One tablespoon (15 ml) of traditionally fermented soy sauce contains 902 grams of salt and provides around 40% of the recommended daily dose of salt per day. Our bodies require salt to function properly. However, consuming too much of it might raise blood pressure and cause heart disease and stroke.

Does Soy Sauce Have Any Health Benefits?

Soy sauce and its components have some potential health benefits, including:

It is thought to increase stomach acid output which aids digestion.

Some isolated sugars in soy sauce have a favorable prebiotic effect on specific colon bacteria. This could be advantageous to intestinal health.

Research suggests that some varieties of soy sauce, such as salt-reduced or Korean ganjang can reduce blood pressure.

Soy sauce can improve immunity, as suggested by the results of a preclinical study. Shoyu polysaccharides present in the Soy sauce enhance the production of IgA type of antibodies. These antibodies help in tackling any infection.

Can people with Gastric Acid Reflux have Soy Sauce?

Soy sauce contains histamine and tyramine. These can be toxic to the stomach and intestine. If you consume too much, it can aggravate your acid reflux (GERD) symptoms like sweating, headaches, and increased saliva secretion. As soy sauce is acidic, it’s recommended to avoid it or use it in tiny amounts if you have GERD.

Soy sauce is a savory condiment featured in a wide variety of meals and cuisines. Excess consumption of soy sauce may pose certain health risks. Opt for an organically fermented Soy sauce as it has health benefits. It is fine if you have a healthy digestive system, but it should be avoided if you have GERD, as it can aggravate your symptoms.