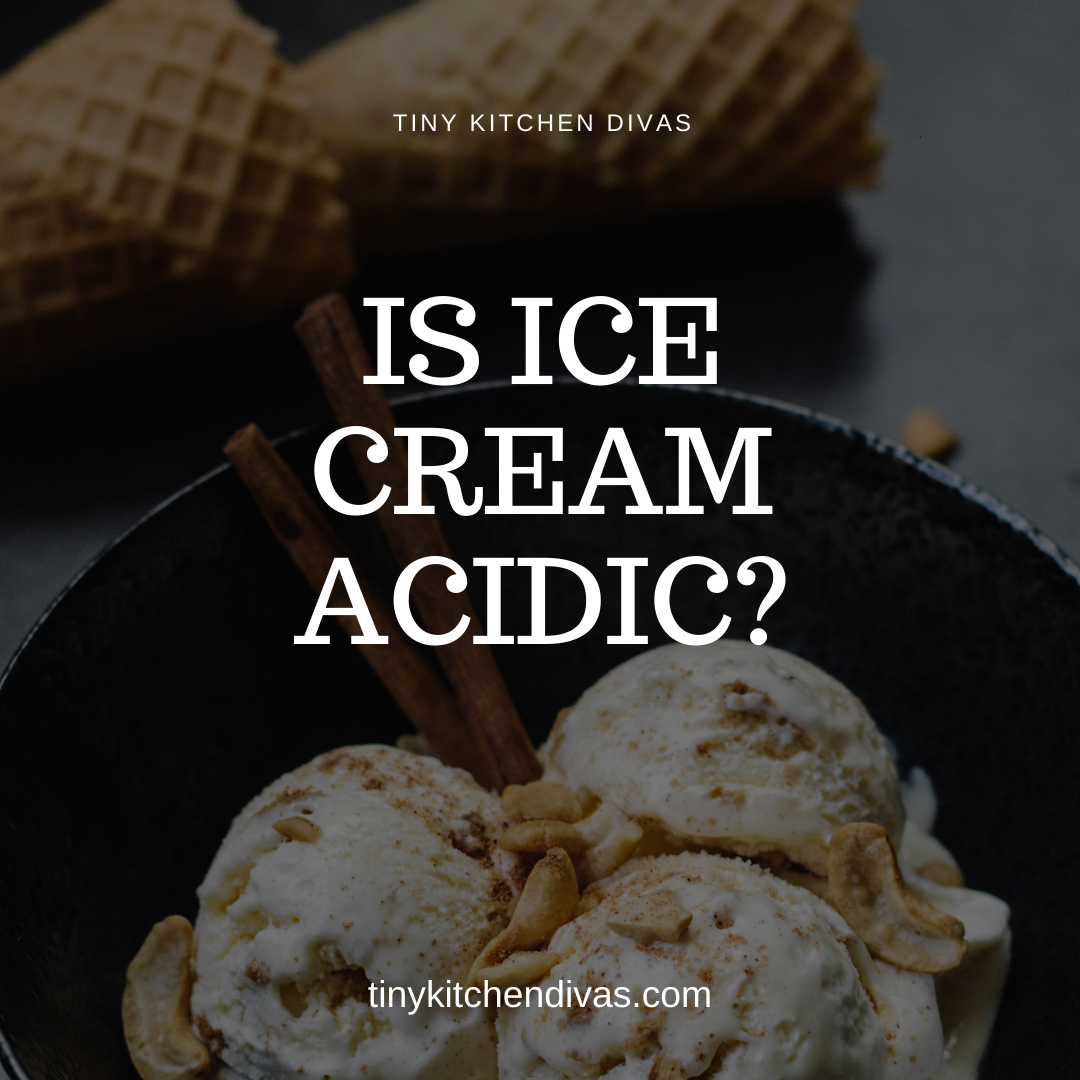 Dating back more than two centuries of history, ice cream has become one of the most common desserts ever consumed. From the days of simply frozen milk and a mix of flour with sugar, ice cream making now includes a variety of ingredients to add new flavors. Ice cream’s rising popularity has spawned a slew of new flavors, including frozen custard, frozen yogurt, and even non-dairy varieties made with coconut milk.

What is the pH of Ice Cream?

Ice cream has a pH that fluctuates from 5.82 to 6.62. It all relies on the ice cream’s flavor and the other ingredients it contains. It’s acid-forming, even when the pH isn’t very low. Due to its high-fat content and glucose, the pH can drop to 3.5 after digestion. A study titled “Dietary intake and the risk of gastro-oesophageal reflux disease: A cross-sectional study in volunteers” published in BMJ Journals suggested a close relationship between a high-fat diet and the onset of gastro-oesophageal reflux disease (GERD). It is especially true for sorbet and ice creams with a citrus flavor. Sorbet is a frozen dessert made from sugar-sweetened water with flavoring – typically fruit juice.

Calcium, vitamin D, and vitamin A, among other nutrients, can be found in ice cream. While all of these elements are important for overall health, the amount present is tiny and comes with a lot of fat and sugar. The carbs and added sugars in a reasonable serving of ice cream (1/2 cup) may induce a slight spike in blood sugar. However, consuming a triple-scoop cone with extra toppings greatly exceeds the daily sugar intake (25 grams for women and 36 grams for men) and might cause a blood sugar spike.

Furthermore, ice cream has almost no minerals or vitamins, which are vital components of a healthy, well-balanced diet. As a result, eating ice cream will not benefit your overall health. In fact, it may cause harm if consumed in big amounts.

Half a cup of vanilla ice cream has just about 137 calories and very little protein. Even though it may not appear to be a lot, most individuals take more than the typically suggested portion in one sitting, so the calories quickly add up.

According to the American Heart Association, daily fat levels should not exceed 5 to 6%. However, ice cream includes roughly 15-19 grams of fat per serving (105 grams).

According to the National Institutes of Health, ice cream contains Trehalose, an artificial sugar that serves as a sweetener and a texturizing agent. Trehalose has been connected to a dangerous gut infection that can lead to a variety of other health issues.

Which Ice Cream Should I Choose?

There’s an ice cream flavor for everyone, whether you want it smooth and creamy, sweet and sour, or fruity. The topmost varieties are as follows:

It contains more milk than cream and excludes eggs and stabilizers. For a variety of reasons, gelato is regarded as a nutritious treat. The most evident benefit is, that it is made entirely of natural substances. From fresh hazelnuts and pistachios to milk and water, each ingredient in gelato contributes to the overall nutritional value.

It is made with frozen berries, sweetened water, and occasionally egg whites. Sherbets sometimes are considered healthier because of the lower fat content. However, the sugar content of sherbets is higher compared to ice creams.

Fruit juice, egg whites, milk or cream, and gelatin are some of the ingredients used in Sorbet. The high sugar content of sorbet does not make it a very healthy treat.

In comparison to classic ice cream, rolled ice cream utilizes less sugar. As a result, each serving has fewer calories.

It is made of gum, sugar, corn syrup, and stabilizers. Nutritional value is low compared to others.

Shaved ice is refreshing and relatively safe to eat. It contains less or no fat.

Made of condensed milk, with sugar, almonds, and spices. Kulfi is much healthier than other ice creams.

It’s an ice cream made of three different flavors put side by side in the same container, usually without any packing in between. It’s also known as Harlequin ice cream. It has a high caloric content.

Granita is a semi-frozen dessert made with sugar, water, and other flavors. Granita is an easy, light, and healthy dessert.

Mochi ice cream is a Japanese dessert with an ice cream filling made from mochi. The sweet treat feeds your body with a variety of minerals, including calcium for bone strength, potassium for blood pressure control, and energetic B vitamins.

What is the Bottom Line, Then?

An occasional treat is perfectly acceptable as part of a healthy diet.  Ice cream can be a healthy part of a balanced diet, but it’s important to eat it in moderation and in small amounts.

To avoid overindulging, choose pre-portioned products like ice cream bars or miniature tubs. Otherwise, you can keep your quantity under control by utilizing little dishes instead of large ones. Even if low-fat or low-sugar options appear to be healthier, they aren’t always more nutritious or lower in calories than other options, and they may contain artificial ingredients.

To exercise discretion, read labels carefully. Pay attention to the nutrition and ingredient labels while purchasing ice cream. Choose products like cream and butter that are mostly made of natural ingredients.