How Gluten Could Be Making You Sick? 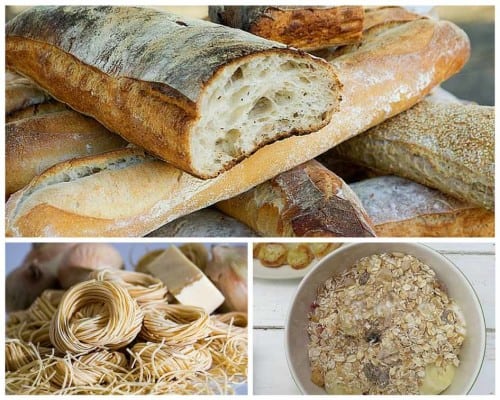 The results from a 2013 survey revealed that nearly a third of Americans are actively attempting to reduce or eliminate gluten completely from their diets.

Gluten is a protein that is derived from several different types of grain products, like wheat, barley and rye.

There are two proteins that make up gluten, glutinin and gliadin, and it is the gliadin that is causing the problem that people react negatively to.

There is also mounting evidence that the reprocessing of our foods through the use of GMO techniques may have had something to do with the sudden onset of so many cases of sensitivity to gluten.

The problem with gluten of the wrong kind when it reaches the digestive system is that the immune system views the excess gluten as an invading force and the immune system fights it by creating an attack against it.

The most prevalent form of sensitivity to gluten is called Celiac disease, where the immune system will attempt to deal with the gluten proteins, but also it will attack an enzyme that is linked to cells of the digestive system. This is called tissue transglutaminase.

This can get very uncomfortable to the victim that is affected because the immune system is actually attacking the very intestinal wall of the individual. Because of this specific action, Celiac disease is in reality an autoimmune disease because if the immune system reaction.

The end result of all of this is that Celiac disease can really cause some serious forms of difficulty for the person who is afflicted. The intestinal wall itself can actually deteriorate from this, which can cause problems with the absorption of nutrients.

Here is a good video of Dr. Oz explaining about how intestines react with gluten.

The person may feel fatigued, anemia may set in, and there can be a risk of infection and inflammation if the disease is left undetected and untreated.

The estimate is that roughly 1% of the population is affected by Celiac disease, but a more accurate description may be more in the range of 2 to 5 percent. Many people who are affected by gluten, have little or no symptoms, so it becomes difficult to pin down the problem. The symptoms are also similar to other intestinal disorders, such as irritable bowel syndrome, which makes things even more difficult when attempting to diagnose Celiac disease.

Of the people who actually are adversely affected by gluten and have celiac disease in some form, about 80% of those are unaware that they actually have the disease.

Lesser affliction of a similar sensitivity can give similar symptoms, but they may not put a person in the position of having a full blown case of the Celiac disease.

Treatment for all phases of gluten sensitivity problems starts with the avoidance of gluten laden foods. This is why you see restaurants that showcase gluten free menus, and in grocery stores that feature the same. If symptoms clear up, then you know you are on the right track but the other side of the coin is that, it is not just eating gluten-free foods will solve your health problems.

With so much attention and popularity the “gluten-free” diet is getting, it is so easy to get access to gluten-free counterpart of nearly all your food staples such as pasta and bread. It is even easy to make food staples in your own kitchen using tools that help attain this goal. Suddenly everyone wants to make their own gluten free bread and pasta at home.

However, you may want to be careful as you may experience weight gain and some health issues because your now “healthy small intestines” may catch up on the amount of your calorie intake. Having said, if you’re body is not reacting bad with gluten foods, avoiding it may require a thorough research on your part.

Personally, I think the most important thing we need to remember is that eating healthy is not a diet but a lifelong journey and should be a lifestyle that we must embrace whether you are diagnosed with Celiac disease or not.