Suitable Substitutes To Try When You Run Out Of Cornflour 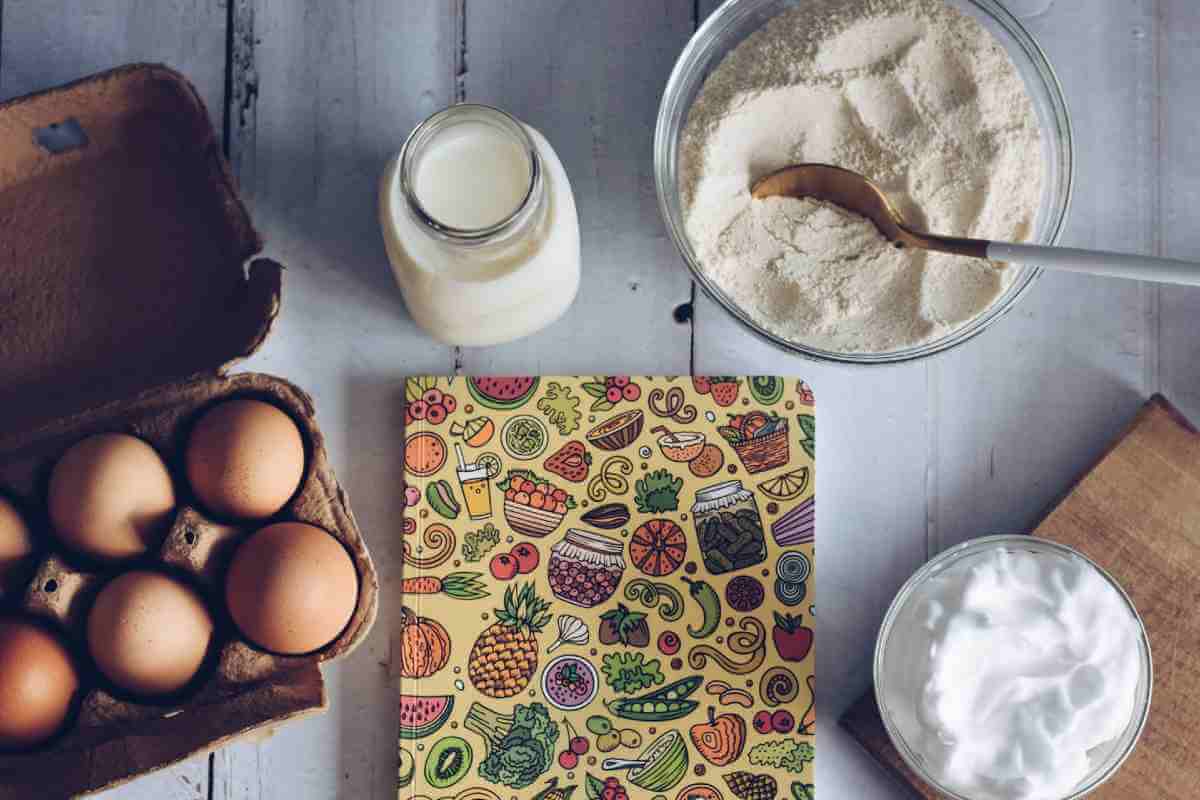 From thickening sauces and making batter to frying and baking, in the following we discuss cornflour substitutes and their tasty flavors.

First off though….what is cornflour?

Cornflour is a fine white powder made from corn. It is made from dried corn, steamed and milled. The process of making the powder is similar to that for common wheat flour. Cornflour can be made with or without gluten, depending on how much processing is done before it becomes pure starch.

What Is A Good Substitution For Cornflour In A Recipe?

If you are trying to avoid corn products in your baking, then try something with potato starch or tapioca starch. Both are white powders that can be used instead of cornflour. You can also try using flax seeds or chia seeds (finely ground) as a substitute, although these will add their own flavor to your recipe.

There are many other flours that you can use in place of cornflour; however the taste and texture will change slightly depending on which flours you choose to use. You can substitute quinoa flour, amaranth flour, buckwheat flour or millet flour for cornflour if desired.

If you try using another flour as a substitute, be sure to do so in small amounts. Add it gradually until the texture of your recipe is what you are looking for. You can also use crackers or corn chips as a substitute instead of cornflour if you wish. Just be sure to crush them into a fine powder before using.

9 Suitable Substitutes to Try When You Run Out of Cornflower

Quinoa flour is a great substitute for cornflour in your recipes. Quinoa flour also has protein, an amino acid that works well with gluten-free dishes. Most people who are looking for alternatives to wheat flour turn to quinoa because it contains all the essential amino acids.

The downside of using Quinoa flour is that it is quite high in fat and will add a strong flavour to your recipe.

Amaranth flour is another alternative to cornflour in pastas, cakes and other baked goods. The texture after cooking will be more dense than when using quinoa or amaranth flours. It is also great to use in seafood dishes like crab cakes or any other recipe that calls for breadcrumbs or a crunchy topping..

Buckwheat flour has gained popularity over the last few years, especially for making gluten-free desserts. It is high in fiber and iron while also being very versatile. It adds an earthy flavor to pastas and other dishes. This flour is also becoming popular in baking, but there can be a slightly bitter aftertaste if it isn’t used with the right ingredients.

Millet flour has a wide range of uses and benefits for your family’s diet. It contains magnesium and iron and works well as a substitute to cornflour. Millet flour has a sweet and nutty flavor and can be used in recipes such as pancakes, waffles and batters. If you use too much though, the taste of millet flour can become quite prominent.

Flax seeds and chia seeds can be used as a substitute for cornflour. These will need to be ground even finer than cornflour if you plan on using them in baked dishes like cakes. They also work great in doughs, but the finished product will give your dish more of a nutty flavor.

Potato starch is very similar to cornflour; however it has less calories per serving. It will add a starchiness to your dishes and works well with sauces, gravies and casseroles.

Tapioca starch can be used in conjunction with cornflour, but it is also great on its own. This starchy powder dissolves easily and creates a smooth texture in recipes such as pie fillings and gravies.

Arrowroot flour is another starch used for thickening agents. It will add a subtle thickness to your dishes rather than creating cloudiness like cornflour tends to do. Some people prefer arrowroot over tapioca starch because it has fewer calories and a milder flavor.

Crushed biscuits or crackers can be used as a substitute in your recipes when you are out of cornflour. It will add a crunchy texture to the dish while also thickening it slightly. Be sure to crush them into a fine powder before using in your recipe as some crumbs may not dissolve.

How To Use Potato Flour As A Substitute For Cornflour?

Potato flour is similar to cornflower, but it is made from cooked potatoes that are dried and then ground into a fine powder. While most people use potato flour as a gluten-free substitute for wheat flour (due to its high starch content), it is also used as an ingredient in many baked goods such as pancakes, biscuits and waffles.

It is important to remember that potato flour will absorb more liquid than cornflower, so you may need to adjust the amount accordingly.

Here is a list of how much potato flour you would need to substitute for cornflour:

It can be used similarly to cornflower in most recipes and may also give a nutty flavor to whatever you are cooking. It can be used as a thickening agent for gravies, sauces or casseroles and will add starchiness to your dish.

How To Make A Substitute For Cornflour That’s Easy

Rice flour is the easiest substitute for cornflour. Just replace each tablespoon of cornflour in your recipe with 1 tablespoon rice flour.

It is the best gluten-free flour for baked goods because it creates moist, fluffy textures perfect for cakes and desserts. Rice flour can also be used as a thickening agent in gravies and other dishes.

If you are looking for something with more body, try using half rice flour and half tapioca starch or potato flour.

How Can I Thicken Teriyaki Sauce Without Cornflour?

Try using arrowroot powder or ground flax seeds as a fine powder to thicken the sauce instead.

Arrowroot powder thickens the sauce quickly when it is added to boiling liquids. It is often used as a vegan alternative to flour, and will create a clear sauce that has less food coloring than cornflour.

Ground flax seeds are another good alternative to using cornflour as it thickens teriyaki sauce in a similar way but it does not give off that floury flavor.

Another great option for thickening teriyakI sauce is to use kudzu powder, which can also be used to replace cornstarch, arrowroot powder or tapioca starch.

To use Kudzu powder as a substitute for cornflour:

– Add 1 tablespoon of kudzu powder dissolved in 2 tablespoons of cold water and mix it into the teriyaki sauce while it is cooking on low heat until the sauce thickens.

How Do You Make Cornflour At Home?

In order to make fresh homemade cornflour from scratch, you can mix 2 cups of regular cornmeal in a blender for a minute or two to create a very fine powder. You can then sift it through a sieve and store it in an airtight jar, ready to use when you need it.

Note: If you do not have a blender, you can use a coffee grinder instead to create your cornflour.

1. Make a paste by adding half a cup of water to a quarter of a cup of cornmeal.

2. Heat this mixture, stirring constantly until it is very thick.

3. Allow the mixture to cool and then transfer it to the blender or coffee grinder. Blend for a minute or two.

4. Transfer this mixture to a sieve, lined with a muslin cloth, and allow the paste to drain through into a bowl.

5. Repeat this process until you have used up all your cornmeal – remember it is important not to skip any steps in order to get the freshest, best result!

6. Store your home-made cornflour in an airtight container or jar because it will spoil quickly if exposed to air.

Note: The finer you grind the cornmeal, the smoother it will be when it is thickened – but remember not to blend it for too long otherwise the cornflour will become too thick.

How Do I Make Pancake Batter Without Cornflour?

For this recipe, you can simply replace the cornflour with rice flour.

This will help give pancakes that light and fluffy texture that you would normally get with cornflour.

What Can I Use Instead Of Cornflour When Frying?

If you are looking for a no-flour replacement when frying, then arrowroot powder is most commonly used because it thickens and cooks very quickly and is therefore ideal if you don’t want to lose that crisp texture.

For example, when frying chicken wings, you can use 1 tablespoon of arrowroot powder instead of 2 tablespoons of cornflour. This will give the same crisp texture and golden color, without sacrificing any of that delicious taste.

Luckily, there are a host of substitutes to cornflour that work just as well in order to thicken your recipes and maintain their texture, without compromising on taste. With some unique flavors and easy cooking, which ones’ you choose is up to you!